Minnesota Delta 9 Gummies, Edibles and more have been generating much-needed revenue for small business owners. Delta 9 THC in Minnesota is a highlight as this particular THC sibling, Delta-9 THC, is the most well-known and beneficial of all. After facing countless years of prohibition, both hemp and  This spring, Minnesota Delta 9 law policy, due to lawmakers, effectively legalized edibles containing THC, although some of them seemed to not fully realize quite what they had done, or what a complicated set of regulatory homework they seemed to have set in motion.

With the session wrapping up, House and Senate members ran down amendments to a long and comprehensive health and human services bill. That included a measure to legalize the sale of food products containing hemp-derived THC—that did not exceed five milligrams per serving or 50 milligrams per package—to people aged twenty-one and older. The amendment passed unanimously.

Now, some of the onus for regulating these new products is falling on cities. Patricia Beety, general counsel for the membership-based organization League of Minnesota Cities, told Cannabis Wire that her organization was not at the table in St. Paul when this legislation was crafted. “Our cities weren’t prepared,” Beety said. “And so, the initial reaction was, ‘What is this law?’ and ‘What are the implications for our city members?’”

Beety said it will be up to the cities how the products are sold. For instance, should they be placed behind the counter like tobacco products, since they’re age restricted? She said some city governments have started to have hearings on what comes next. “Some of the approaches are things such as licensing structures similar to tobacco and number of licenses in a city, or where they might be. That would come with zoning.”

Following the law’s passage, one particular exchange has become emblematic—or infamous, depending on how you look at it—in the debate over cannabis in the state:

The conference committee going through the legislation was headed by Republican Senator Jim Abeler and his Democratic colleague in the House, Representative Tina Liebling. After the vote, Abeler joked,

“That doesn’t legalize marijuana, did it? We just didn’t do that, did we?”

“Are you kidding? Of course, you have,” Liebling responded. “No, just kidding. We’ll do that next, OK?”

The pair laughed. The marathon meeting went on.

But that moment has been seen as evidence that some Republicans weren’t fully aware of what the law did. Abeler has since said he didn’t realize the amendment would legalize hemp-derived THC of any kind.

Despite some ensuing controversy, the law, which went into effect on July 1, had an innocuous origin.

In Minnesota, medical cannabis is legal but adult use is still prohibited, despite efforts to change this. Like other states, though, Minnesota has had to contend with the legal gray area created by Congress’s 2018 Farm Bill. That federal law legalized hemp, or cannabis plants with 0.3% delta-9 THC or less, delta-9 being the main psychoactive ingredient in cannabis. But the law inadvertently spawned a market for cannabis derivatives, like delta-8, which can be created from hemp-derived cannabidiol (CBD). Unlike CBD, though, delta-8 causes a high and has raised concerns for Minnesota lawmakers. 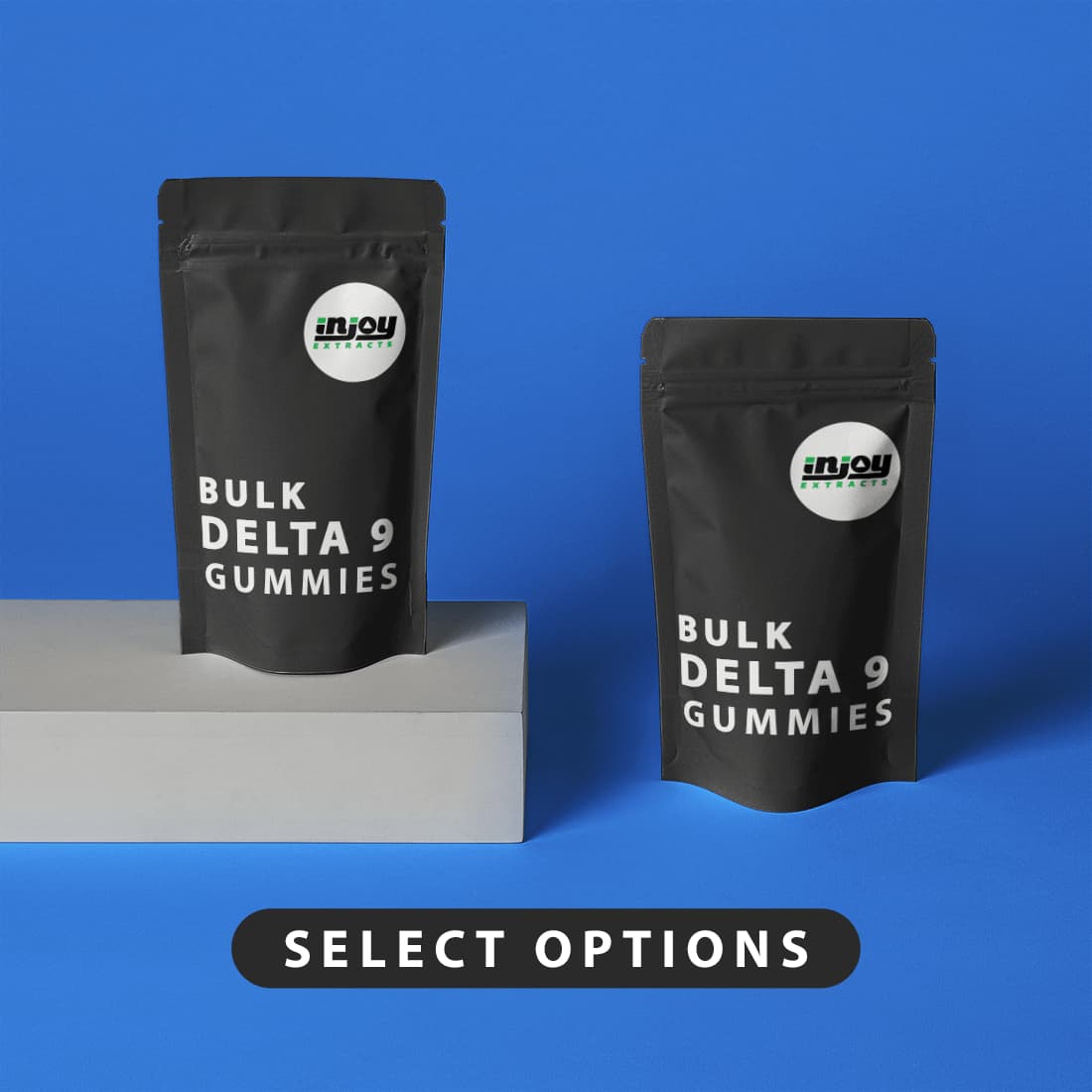 During the 2022 session, lawmakers introduced HF 3595 to better regulate cannabis derivatives like delta-8, and also assuage concerns that these products were coming in snack-like packages that looked like candy for children.

The measure, which eventually became the amendment added to the omnibus bill, had support from both Democrats and Republicans, including Republican sponsors for the Senate version, such as Senator Mark Koran. Koran is co-chair of the state health department’s Task Force on Medical Cannabis Therapeutic Research. The idea was to regulate dosage and packaging for these products. Democratic Representative Heather Edelson, the other chair of the Task Force and sponsor of the House bill, told Cannabis Wire that some of the unregulated products containing delta-8 and other sources of THC came in high doses that needed to be restricted.

“It became this complicated thing of — what do we do?” Edleson said. “Either seize everything from the shelf or, maybe we can go in and say we’ll have five milligrams per serving or 50 per package. That would be okay.”

Leili Fatehi, campaign manager for Minnesotans for Responsible Marijuana Regulation, said that hemp-derived products have been widely available in the state. “There were hemp-derived cannabis products as well as products that consumers were able to purchase online that were entering the market here that were wholly unregulated,” Fatehi told Cannabis Wire. “And, so, there was a need for an initial regulatory framework to enact some consumer safety measures.”

Neither Senators Abeler nor Koran responded to a request for comment. But Rachel Aplikowski, communications director for the Minnesota Senate Republican Caucus, pointed to a July 1 statement from the Senate Majority Leader, Jeremy Miller:

“We passed bipartisan legislation that would restrict many THC products after the 2018 Federal Farm Bill opened up a new market for these products. Our bill regulates the industry and keeps these products away from kids. Adding clear labeling, limiting the sale to 21 years or older, and banning certain marketing practices aimed at children were absolutely necessary.” The outcome came down to the law’s broad, sometimes contradictory, language.

The law says individual products can’t contain more than 5 milligrams of “any tetrahydrocannabinol” per serving, with a 50 milligram limit per package, in order to ensure variants like delta-8 are regulated. (An earlier version of the bill only mentioned delta-9.) One section of the law on the sale of cannabinoids derived from hemp defines edibles as “a product containing nonintoxicating cannabinoids.” However, the section above this passage offers something different. Under thehttps://www.50shadesofgreen.com/2022/06/06/delta-8-thc-legal-according-to-federal-appeals-court-ruling/ bill’s “scope,” the word “nonintoxicating” has been struck from the definition of edible hemp products. Some Republicans, such as Abeler, thought the law only dealt with products that didn’t get people high. (For comparison, a recommended serving of a THC edible in a legal adult-use cannabis state is usually 5 milligrams.)

For proponents of adult-use cannabis legalization in Minnesota, like Representative Liebling, the bill is a far cry from what they want to achieve. “I would not characterize it as legalizing marijuana,” she told Cannabis Wire. “It’s hemp, and hemp is legal already.”

Meanwhile, the simple law may set in motion more complicated regulations in the future. Beyond setting milligram limits and banning packaging that could intrigue children, the law has little in the way of regulatory specifics. Bill sponsor Rep. Edelson said that simplicity was necessary.

“We couldn’t have set up the entire legal framework or regulations and licensure and all of those things and still have the bill passed,” Edelson told Cannabis Wire, adding that the conversation in the Capitol quickly becomes partisan once “cannabis” is mentioned. “You start talking about all those regulatory frameworks and all people hear is ‘recreational cannabis.’”

The law puts the Minnesota Board of Pharmacy in charge of regulations for new hemp-derived food and drink products. On June 30, the Board released guidance on the new law. Yet, it cautioned that the agency doesn’t regulate the growth and processing of hemp for consumption, which is under the purview of the state Department of Agriculture. While the agency can ask for product testing results to ensure they aren’t too strong or don’t contain harmful chemicals, manufacturers aren’t required to send their testing results to the Board.

The agency says it “strongly supports legislation to create an Office of Cannabis Management to have authority over everything related to Cannabis sativa.”

That sentiment is widespread—especially among people who support legalization for adult use.

“The major challenge that we’re seeing, both before this set of legislation and now after, is that we have multiple state agencies that have responsibility for different portions of this,” Fatehi said. “This is really demonstrating very publicly that regulation of this industry in the state of Minnesota is going to require a dedicated regulatory body.”

Adult Use of Delta 9 Minnesota Products

If adult-use legislation comes about, Liebling said, “We’d probably need to set up an agency and make sure that it has the resources it needs. And we probably need to have some special system of taxation in place that at the very least supports that regulation.”

Companies, Minnesota delta 9, and producers are reacting to the new law, too. On July 18, Democratic Governor Tim Walz stopped in Waconia for the grand opening of Hemp Acres’ newest facility. The company is one of the largest hemp processors in the country. And the Minneapolis-based brewery Indeed Brewing Company is introducing a nonalcoholic seltzer that contains hemp-derived THC.

Liebling says if people are planning to invest in Minnesota’s Delta 9 cannabis industry, they should understand that more regulations are likely coming for the edibles market next session.

Beety hopes her organization, which advocates for more than 800 cities in Minnesota, is involved in the next session’s discussions. But she said cities are nimble and will figure out how to navigate the landscape for the newly approved edibles.

“Some of the words out there that you hear—it’s a ‘free for all or ‘wild west’ or whatever,” Beety said. “I don’t think that is the case in Minnesota. We have a state statute, there are frameworks in the statute. And we do have local governments that are looking at it and will put forth, I’m confident, some reasonable proposals.”