THCP is a cannabinoid that is gaining attention due to its potential potency. It is believed to be significantly more potent than delta-8 or delta-9 THC. Researchers are currently studying other THC molecules, such as THCjD and THC-H, but THCP stands out as it is 33 times more active at the CB1 receptor. Despite its potential effects, the legality of THCP currently needs to be clarified due to conflicting federal legislation. Read on to discover all aspects of THCP.

THCP is a cannabinoid that is also known as delta-9-tetrahydrocannabiphoral. It is closely related to THC but is present in low concentrations in the hemp plant. It actively interacts with endocannabinoid systems like THC but with great potency for cannabinoid receptors. According to researchers, THCP binds to cannabinoid receptor 1 up to 33 times more often than other THC. It implies that THC-P is a stronger derivative.

THCP is considered a unique derivative due to its longer alkyl side chain. Its string of carbon atoms is longer than traditional THC. Its potent structure makes the cannabinoid attach more securely to receptors throughout the body. Therefore, the body requires a smaller amount of THCP impacts different functions governed by the endocannabinoid system.

How is THC-P Made?

THCP is a phytocannabinoid produced in the hemp plant utilizing the molecule called cannabigerol acid. It is a powerful compound commonly regarded as the mother of cannabinoids. Indeed, it produces naturally in the plant, but THCP is generally prepared in a lab. It is generated from hemp, having a maximum of 0.3% THC. However, THC-P is only present in the FM2 strain of the plant.

How to Use THC-P?

Similar to other cannabinoid compounds, the effect of THC-P is significantly dependent on the amount of dose you consume. There are many different methods to consume THC-P and evaluate the dose that will help with your needs.

Many people like to use THC-P in the form of vape cartridges as well as gummies. In case you are new to utilizing cannabinoid products, it is better to keep the dose at the lowest. Once your body becomes eligible to handle light doses, you can consider increasing or lowering your intake according to your liking.

Will THCP give you a “High?”

According to an Italian researcher, THCP binds 33 times more effectively with the CB1 receptor making it more effective than other derivatives. However, it does not mean you will get 33 times “higher” than traditional delta 9. There is a limit to any cannabinoid’s ability to stimulate the endocannabinoid receptor. Moreover, each person reacts differently to all cannabinoids, but due to the high potency of THCP, you can expect it to get you very “high”.

RELATED: What is THCjd? Is is stronger than THC?

Whenever you try something new, it is valid to be concerned about the safety of a product. The researchers have not proven the safety concerns, but nothing suggests it is dangerous.

THCP has similar effects on the body as THC but is more potent. Many reports claim that THCP has the same safety level when consumed at the same dose.

Is THC-P Legal to Buy?

Like other CBD compounds, THCP is also tangled in the legal gray area, it is not listed as a controlled substance under the federal controlled substance act, but THC-P is still an analog of THC. The THC analogs are restricted by default until they are clinically approved.

Anyhow, THCP exists naturally in the plant. It is protected under the Agriculture Improvement Act and is a crucial piece of legislation that federally legalize hemp and the derivatives of this plant. Due to the 2018 Farm Bill, you can purchase hemp-extracted THC-P as long as the products carry a maximum of 0.3% delta-9 THC.

Will THC-P Show Up on Drug Test?

Whether THCP products will show up on the drug test or not is uncertain because no research has proven it. However, there is no solid ground to believe that THCP does not release the THC breakdown products in the human body, which are easy to detect through the test practiced by police and employers. It is better to believe that the test can show up on the test, just to be cautious and on the safe side.

Among all derivatives, THCP is one of the most interesting discoveries in the cannabinoid industry. The natural cannabinoid is 33 times more actively interacting with the endocannabinoid system. Anyhow, it is a new discovery, so there are some concerns over its safety.

If you are eager to use this interesting cannabinoid, keep the dose minimum. Once your body and mind have experienced a loose dose effect, you can increase or decrease according to your liking and ability to handle high doses. 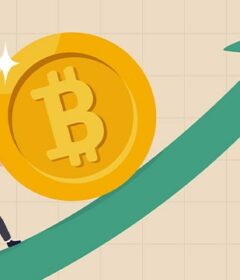