More importantly, why is it so important to only buy CBD that has been third party tested?

What is Third Party Lab Testing?

Many good manufacturers pay to have their products analyzed by an independent lab, enabling them to publicly display their results and use them in the advertising content.

It is purely to provide an accurate and unbiased opinion of the quality and potency of the product being analyzed.

The testing results will come in the form of what’s known as a CoA, or certification of analysis. This lab report is broken up into several sections that the users can see. Third-party tests are viewable via a small QR code on the product packaging – someone on the individual product. It looks like the bottle below.

You can scan this small, digital code with any smart device. It will automatically pull up the entire lab report.

Important: If you scan the QR code, and you are directed to a website, or anything other than a lab analysis, it is not a good sign of trust. 50 Shades of Green recommends always choosing a reputable CBD brand with CoA’s.

Let’s take some time to cover the different sections you will see in a third-party lab test done on hemp-based products. 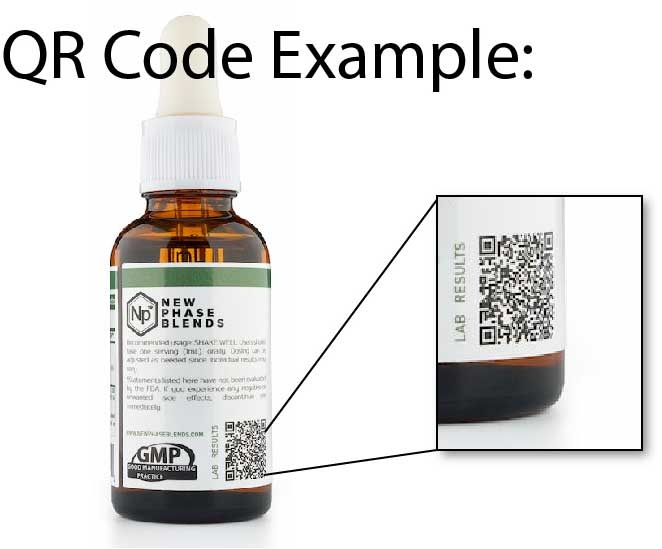 The most common test run by a third-party lab is for cannabinoid profiles. They use some specialized techniques called liquid chromatography.

They want to establish that the THC levels are not too high as the product can become psychoactive. High THC levels may be an unexpected shock for the purchaser, as it would leave them at risk of a positive drug test when driving a motor vehicle.

This could result in a heavy fine or jail even though it is an unintended consequence.

Terpenes are found in the plant world, and these are what give the plant its aroma and taste.

Terpenes will usually only be found in full-spectrum CBD products. There are about 12-15 terpenes found in CBD.

Cannabis is biologically able to pull nutrients out of the soil, including metals, and concentrate them in its foliage. often there is a concentration of heavy metals that may be harmful to the body.

When these are found the product should be avoided as it is toxic. Products commonly found are lead, mercury, arsenic, and cadmium.

Solvent testing is not used like it used to be. Using crazy solvents to extract cannabinoids from the hemp plant isn’t as standard of a practice (thankfully) as it once was.

However, most independent third party lab tests will check for the presence of solvents.

Most quality CBD items are grown organically, so you should never run into any issue with residual pesticide content in any of your products.

However, if a company claims organic hemp, and the pesticide content is high – you know they’re lying.

if the hemp has been gown in less than ideal soil it is essential to test for biological contaminants. These include fungi, molds, and bacteria that may have infected the plant and will contaminate the product.

Biological contaminants can cause harm to the consumer who may be allergic to them.

As you can see, all of the above tests are extremely important when asked what is third-party lab testing, to validate the product.

Independent lab testing is a form of quality control measure carried out on the product by a third-party lab not associated with the manufacturer.

This way, the results can’t be misrepresented or misunderstood. The consumer is mostly searching for a THC product to avoid getting on the wrong side of the law. Unfortunately, third-party testing is not mandatory.

The Food and Drug Administration is in the process of studying CBD and until they develop guidelines there is no formal structure to CBD quality and purity. The buyer simply needs to educate themselves before purchasing anything.

In 2018 Farm Bill made it legal to buy hemp, CBD products in the USA, however, they must contain under 0.3% THC dry weight. and the product has to be within this limit. If they exceed this limit they will be out of business and third party Lab testing is very strict in this regard. Unfortunately, some manufacturers exploit the system.

Maintaining third-party Lab testing is the only way currently to control the strength and purity of the product until the law is changed.

CBD oil was discovered in 1940 and is used to treat and manage pain. It is an endocannabinoid system that helps to regulate some functions within the body, so it makes sense that CBD oil tincture can be sold and used to help people overcome joint pain, problems with sleep and it can be sold without a prescription in certain conditions.

Joint pain can be helped almost immediately within the first day of taking it, and if you are playing a team sport or exercising vigorously this will be extremely helpful.

A trial of CBD oil suggests that doses of 20 mg per day are effective at reducing seizures in people with known epilepsy, especially those who have had poor results from traditional methods. Some children who have been unable to attend school due to frequent seizures have been able to reduce the seizures to once a month with daily oral CBD.

CBD oil has great therapeutic potential which means that it will have a wide range of applications. In the USA there is FDA approval on CBD oils which means that you can buy smaller amounts without prescription and because it is given to people of all ages it is important that third party lab testing continues. 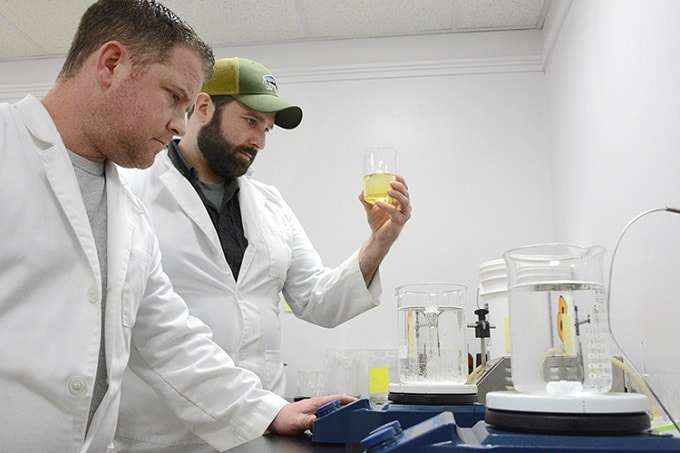 Testing isn’t limited to the end products that hemp can make. Farmers rely on testing, too.

Hemp plants are grown as crops in carefully cultivated soil. In the USA, hemp is commonly grown throughout Northern California, Colorado, Kentucky, Tennessee, Vermont, and Oregon. Of course, the farmers are careful to have their THC content within the guidelines of the law.

Industrial hemp is a hardy plant that requires plenty of space and will be harvested between 100 and 120 days into the growing cycle. The crop likes the warmer weather and in most places is grown in summer.

It needs well-drained soil and plenty of organic matter, and because the seeds can be sowed directly into the earth it makes it a cost-effective crop. What is third party Lab testing is not an issue when the plant is grown under such good conditions, and it is the illicit crops that often cause problems when sold to the public.

The Farm Bill (2018) ensured that some previously temporary programs were made permanent, including organic farming research funds, and funds for farmers markets. In the future, we may be able to purchase our CBD directly from the farmer’s market.

Companies like Charlotte’s Web are actually going to test their own items, in their own labs. Is this a good thing, or a bad thing?

Well, we don’t know yet. While this seems to bypass the entire point of a third party test (outside party with no invested interest in the product), as long as the company is actually honest, it shouldn’t be an issue.

GoodCBD.com has CoA’s for all products.  Buy pure CBD, after all, it’s supposed to benefit you!

There is a lot that goes into the question, “What is third party testing?” As you can see, this form of testing is incredibly important to the CBD industry right now.

It is essential to your future health and well-being, as no one wants to purchase a contaminated product. With the amount of mislabeled, or straight up fake CBD products out there, you need to check for the QR code that links to a third party lab test on everything – before you buy it.

As long as the code links to an actual test with good results, you can rest assured you found at least a decent CBD item. 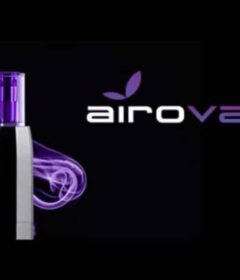