Cannabis and COVID: Key differences between CBD, CBDA and CBGA

Cannabis and COVID: Key differences between CBD, CBDA and CBGA

A study published this week by researchers at Oregon State University found some hemp compounds have the ability to prevent the virus that causes COVID-19 from entering human cells.

Findings of the study led by Richard van Breemen, a researcher with Oregon State’s Global Hemp Innovation Center, College of Pharmacy and Linus Pauling Institute, were published this week in the Journal of Natural Products.

So what’re the differences between CBD, CBDA, CBGA and marijuana plants you’d buy at a dispensary?

CBD, an abbreviation for cannabidiol, doesn’t produce any psychoactive effects. It’s likely what you see at some pharmacies, health stores or dispensaries.

It’s a very versatile compound, which makes it ideal for oils, gummies, lotions, creams and other products. Hemp contains a lot of CBD.

But CBD is not the compound that was tested in the Oregon State study. CBD is activated in hemp plants from its original form — CBDA.

CBDA, known as cannabidiolic acid, is secreted in the stems, leaves and flowers of a cannabis plant. When the plant undergoes activation (a process with heat), the acid is removed from the CBDA, activating CBD.

They have similar compounds, but CBDA is not as versatile. It’s usually extracted by “juicing” plant material, and can be added to foods, drinks, or used in tinctures, concentrated herbal extracts.

But basically, CBDA is the raw form of CBD. And it’s not as easy to find. But you can buy it. (It has not been studied as much as CBD)

CBGA, known as cannabigerolic acid, is considered the “mother cannabinoid,” because without it, there is no CBD, CBDA or THC.

CBGA compounds are similar to other cannabinoids, but it hasn’t been studied nearly as much as the others. It’s non-intoxicating. Enzymes called synthases are responsible for converting the CBGA into molecules such as THCA, the raw, unactivated molecule that converts to THC after heat is applied.

What about smoking marijuana?

At this point, it doesn’t appear that just smoking marijuana, even a heavy CBD strain, will produce the effects reported in this study. We don’t have enough information to suggest it.

CBDA or CBGA products, like oils, offering these in their raw form, do not work the same in marijuana products, which usually include high levels of THC, the psychoactive compound that makes you high. 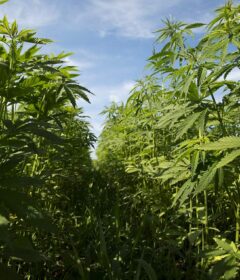 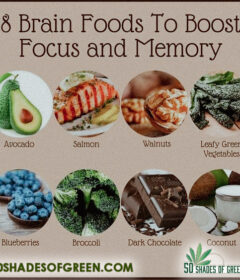